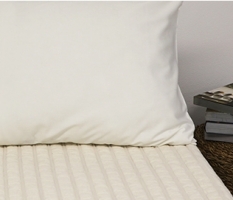 The home textile producer has created a mattress cover with heating and cooling that can be controlled remotely through an app and have zones with different temperatures. The development, which has already been tested and validated, is in the process of being patented. As a result of the research carried out in the context of the Texboost mobilizer project, the mattress c(...) 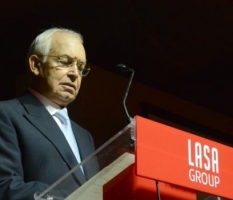 "The distinction took place last Saturday, the 16th, during the Group’s Gala in Eskada Vizela   The founder and administrator of Lasa began his speech by saying that "Throughout LASA's 46 years of existence, I have witnessed numerous crises. What I learned from them is that the customer becomes more rational and much more demanding on the quality and choice of his (...) 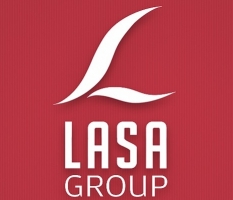 Employees from Lasa, with over 25 years of service, are going to be honoured during the Company’s Anniversary Gala that will be promoted by the home-textile group, next Saturday, at Eskada in Vizela.   With over 800 employees, group Lasa closed full year 2016 with turnover of EUR 70 million, which 85% came from exports.   Besides the home-textile business, (...) 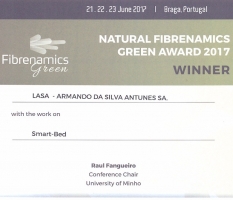 "The “Smart Bed” of Lasa won the 2017 Natural Fibrenamics Green Awards, this award was included in the 3rd International Conference on Natural Fibers program. This event was organized by Fibrenamics from the University of Minho and it’s running until tomorrow in Braga. Lasa presented a small crib in which the sheets, made with cotton fibers, had the ability to sens(...) 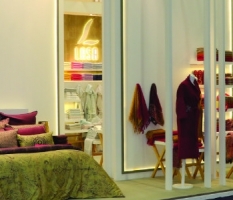 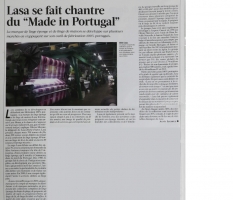 LASA is proud of “Made in Portugal”!

<< LASA is proud of “Made in Portugal”!   LASA is an accepted brand with bath and home textiles that are present in different international markets according to the motto “100% Portuguese”.   With a continuous growth, always defending its 100% Portuguese origin, the “brand LASA bath and home textiles that we have baptized in the name of LASA HOM(...) 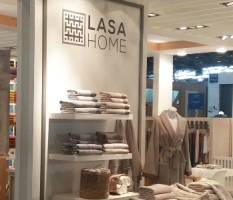 Lasa Home participated in Maison & Object Paris, between 2 and 6 September, where we presented our Fall Winter 2016/17 collection. Maison & Object is a fair of enormous global impact, in the area of Design and Interiors as well as the sector of textiles.  Also is  a reference point for the decor, creation and design, which offers new trends and new concepts(...) 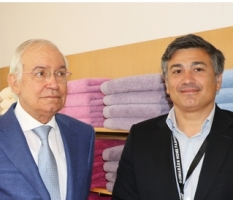 At the invitation of the Association "Home from Portugal", with AICEP Portugal Global, within the framework of the action "Guimarães Home Fashion Week", which took place on 28 and 29 June, the media from several points of the globe visited LASA.  See the gallery some of those moments! 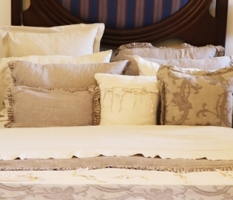 Under the Compete, Home Association from Portugal, in conjunction with contractual aicep Portugal Global , carried out the action called "Guimarães Home Fashion Week" in which LASA Home was present. This took place at the Pousada Santa Marinha da Costa (Guimarães), on 28 and 29 June, which was attended by buyers from various international markets and OCS (media(...) 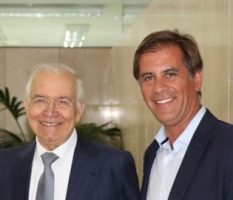 Last June 16, LASA received in its facilities the visit of several representatives of foreign chambers of commerce, including USA, UK, France, Belgium and Colombia. This is an initiative that fits in Guimarães Marca project communication strategy. Take a look at the gallery to see more about this visit!

Between 1 and 3 June Lasa flew to the Japanese capital to showcase your products in Interior Lifestyle Tokyo, with the support of the Association Selective Fashion, under the project "From Portugal". In the 2016 edition of the fair which was held at Tokyo Big Sight we present the new collection for the Japanese market. Lasa invests in expertise of its products, innovation and d(...) 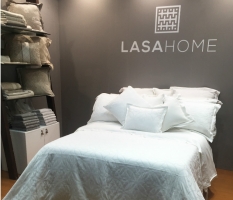 Lasa Home participated in the fair INDEX 2016 held in Dubai - United Arab Emirates - between 23 and 26 May, with here presented the new collection for this market. The fair INDEX 2016, which will in its 26th edition, is characterized as the most important event of the entire Middle East region for various sectors, including home textile and interior design.Lasa Home inves(...)